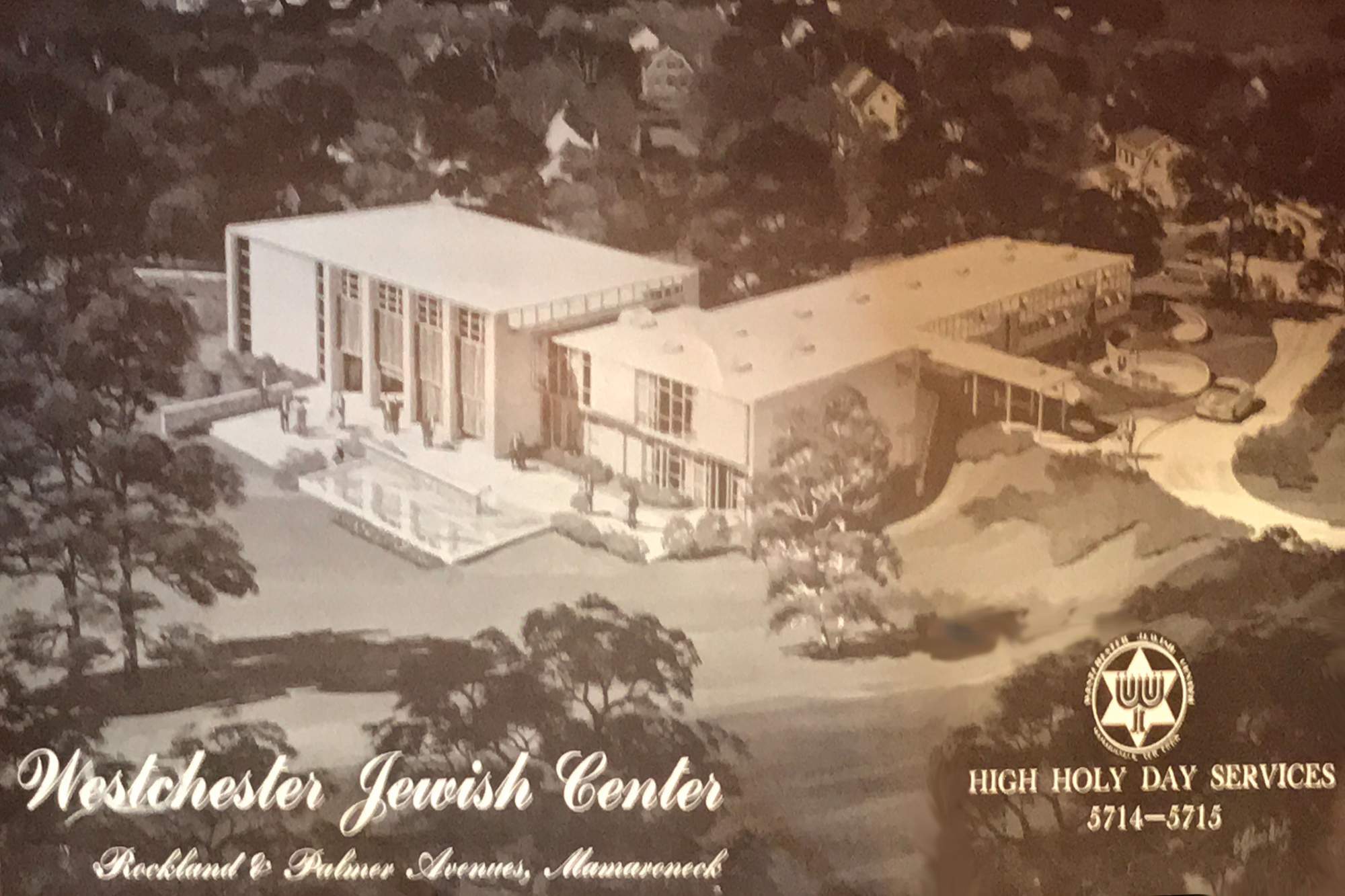 The Westchester Jewish Center grew out of the dreams and vision of a small group of Jewish families in Mamaroneck at the beginning of the 20th century. WJC’s origins are the “Social and Aid Society,” founded in 1905 to provide religious and social opportunities and to help immigrants and others in need. As there was no building, the Society’s members gathered where they could to conduct religious services on holidays. A traveling rabbi would come to Mamaroneck and hold classes for children in a shed behind a building on Mamaroneck Avenue.

Fourteen years later, as this small group began to grow, it became known as the Hebrew Institute of Mamaroneck and it purchased land on Halstead Avenue near the train station. The building was completed in 1925. A year later, land was purchased in Glenville, Connecticut for a private cemetery. Shortly thereafter, the Ladies Auxiliary (Sisterhood) was formed.

The first of WJC’s two full-time, long-term rabbis came to our congregation in 1943. Rabbi Irving Koslowe and his wife, Marly, devoted themselves to enhancing the Jewish life of the community. Rabbi Koslowe began to hold regular Shabbat services and started youth groups. Marly became the Sunday School teacher and organized a children’s choir. Adult education and sports were also added. It soon became clear that the Halstead Avenue building was too small and in 1948, a five-acre site was purchased at the corner of Rockland and Palmer Avenues, where we still are today.

On April 28, 1949, the congregation changed its name to the Westchester Jewish Center to better reflect the range of activities and the fact that not all members lived in Mamaroneck. Groundbreaking took place in 1951 and we moved into our new home in September 1954. The original building consisted of a chapel, fifteen classrooms, an auditorium, lounges, offices and a social hall wing. In 1966, the congregation decided that additional facilities were needed and a new Sanctuary was dedicated two years later. Rabbi Koslowe was given life tenure at this time. In 1985, Rabbi Koslowe decided to retire after over forty years of service to our community. In 1987, WJC hired Rabbi Jeffrey Segelman. He remains our spiritual leader today.

Under Rabbi Segelman’s leadership, our synagogue community has grown dramatically. What’s more, he has fostered a still rising level of participation in the life of WJC. Our strength is found in our sense of community; the many opportunities for Torah study; in the way we welcome our children in our schools and on our bimah; in our commitment to social action and tikkun olam; and in the way men and women participate in our Center, side by side, in leadership roles and in our religious life.