Returning from our winter respite, the JOY Club is in action once again. Our first event will be on Sunday, June 10 at 3:00pm. We are pleased to have as our guest lecturer, David Greene author of He Could Make Words Sing: An Ordinary Man During Extraordinary Times. David tells the story of his father-in-law, Harry Greissman. Harry was a son of immigrants growing up in Brooklyn and going to college in Depression Era NYC. He was a keen observer of Germany in the 1930’s and a Jewish soldier breaking down Southern and anti-Semitic barriers. He was a wounded veteran of the Battle of the Bulge who translated anti-Semitic documents.

It became David’s goal to tell Harry’s story and by doing so, show how to prepare today’s children to deal with the challenges of their time. He feels that Harry’s “Greatest Generation” lived through an extraordinary century that has valuable lessons for today.

In the book, David prompts us to remember some of the events in our parents’ lives and our own, and how they have been influenced by international events, domestic social movements and economic factors. 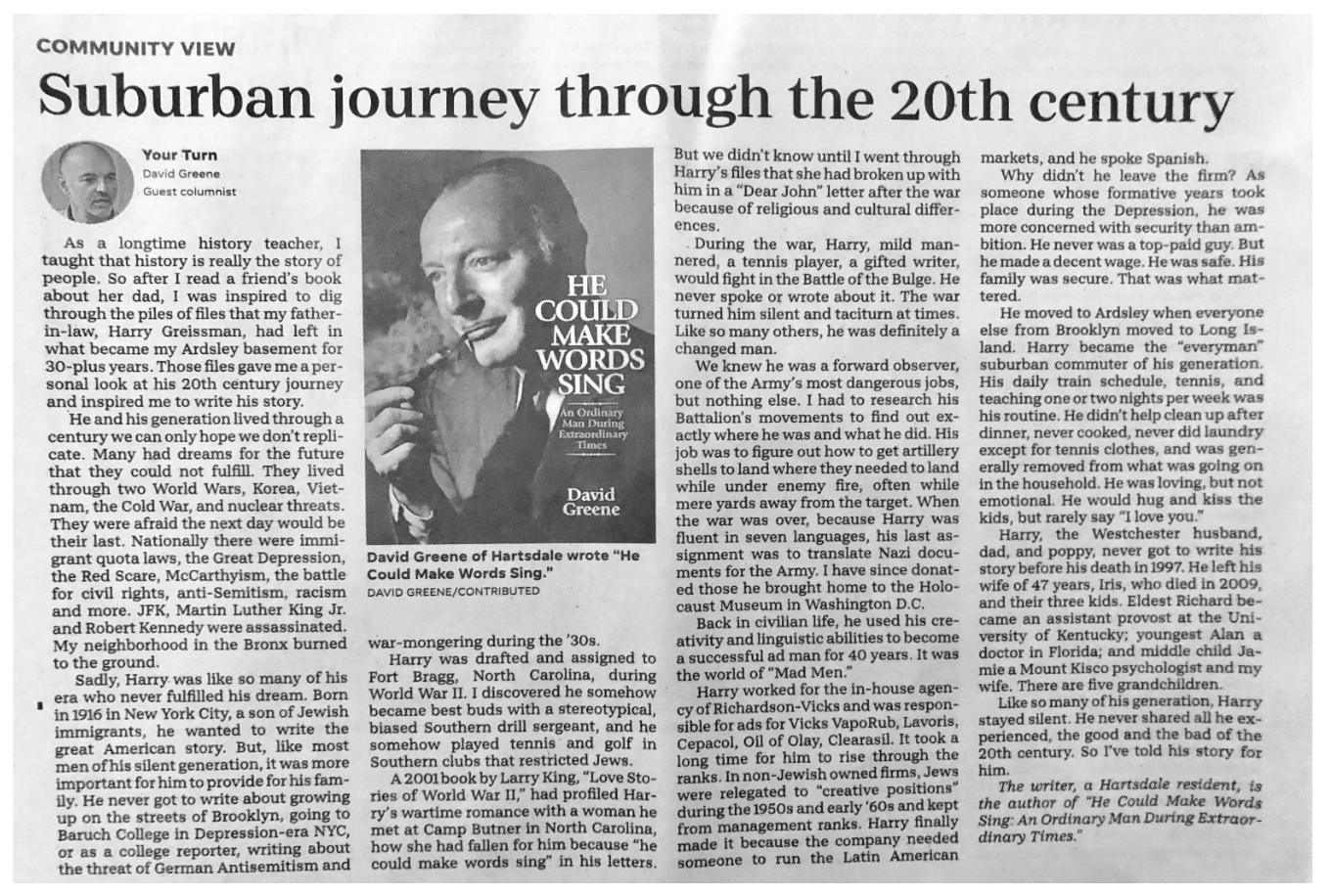