This is not my first trip to Israel. I know how blessed I am that I can say that I’ve come to know this country through a variety of trips and experiences—with family, with peers, living here for a course of study, with teens, and with members of my shul community. I take great comfort in seeing the familiar, like being in Kikar Tzarfat where I can see Jeff’s first apartment in Israel, my first apartment in Israel, the Conservative Yeshiva where we both studied and, of course, the Supersol where we did a lot of food shopping. Yet, while the familiar is “sababa” (one of our Hebrew words of the day – it means awesome), I take even greater joy in still seeing or learning something new. In just a few days, I have already added a number of new moments and learnings that get my mind buzzing and so I want to share them with you. 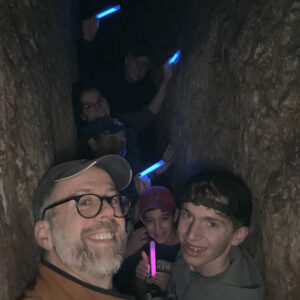 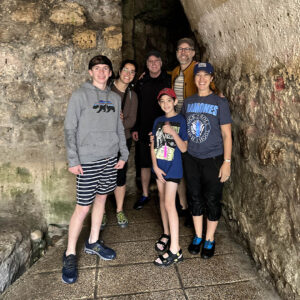 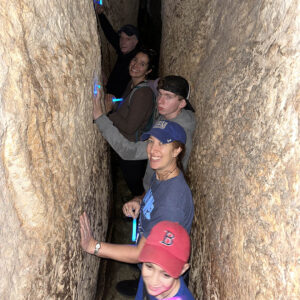 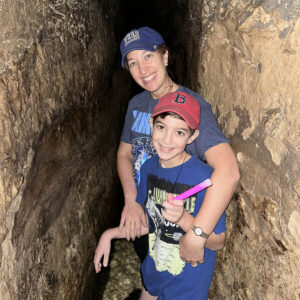 On Friday we went into the original City of David, which though outside the current city walls is older than what is now inside the walls (think 3000 years ago vs. 2000 years ago.) The current wall was built just 500 years ago, like yesterday in Israel time. A few of us went into Hezekiah’s Water Tunnel, following the cold and wet path that David and his soldiers used to sneak into the Jebusite’s city (a city pretty well defended by its location on top of a hill and fortifications) and capture it to be David’s new capital. I hadn’t known before that David chose it to be the capital of his Kingdom because it hadn’t been part of any of the 12 tribes’ land holdings before. How diplomatic and a great way to unite behind one new unified capital! After coming out of the water tunnel we traveled up a new path for a short distance that’s still being uncovered (we saw signs telling us it was an active archeological site.) What they know so far is that these are the steps that the pilgrims would come up on their way to visit Jerusalem. After another tunnel (some of the taller members of our group had to do a lot of stooping – Isaac and I did a bit less 🙂), we came out to another active archaeological site – this one used to be a parking lot and when they dug down to expand it, well, they found a lot of ruins covering SEVEN different time periods.

On Saturday afternoon we had a chance to do some touring in the Old City (more to come on that tomorrow), but I was surprised to learn that the whole area of the Old City is about one square mile and has a population of 50,000! The largest “quarter” is the Muslim quarter and there are about 35,000 Muslims in the Old City. We walked through a part of the Arab Souk, with all of its cool sounds and smells and got to see the items for sale that covered the interests of all the major religions who have holy sites here – kiddush cups next to carved crosses next to prayer mats. It makes me think of the confluence of the last two days. On Friday afternoon our group headed into the Old City to be at the Kotel for Kabbalat Shabbat and passed many homes with beautiful and bright hannukiot lit for the 6th night of Chanukah. We also passed Muslim families celebrating their holiest day of the week (Friday.) On Saturday morning we walked through Jerusalem on our way to shul, exchanging Shabbat greetings with many other Jews observing the same way. Then on Saturday evening, just as we were leaving from our Tower of David Nighttime Spectacular Sound and Light Show, we walked by the Christian Information Center and heard a family of carolers singing beautifully and with joy because you know what? It’s Christmas Eve. They were surrounded by a crowd of Christians, Arabs, and Jews listening and swaying along. What a wonder is the Old City!