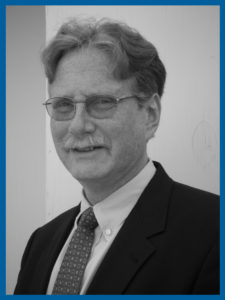 During the weekend of Jan. 25-27, 2019, WJC will host a lion of the Conservative Jewish movement, Rabbi Gordon Tucker, as its Scholar-in-Residence. In early summer, Rabbi Tucker retired as the Senior Rabbi of Temple Israel Center in White Plains, a post he had held for 24 years. For nearly two decades prior, he taught and trained a generation of rabbis, as a professor and dean of the rabbinical school at the Jewish Theological Seminary. At the time he made the transition from JTS to TIC, he told Joseph Berger of The New York Times: “I didn’t want to regret not having been a pulpit rabbi.” Rabbi Tucker is currently a Senior Fellow at the Shalom Hartman Institute, North America.

What follows are edited excerpts from a recent interview I conducted with him at his home in White Plains.

RGT:  Pirkei Avot is the one non-legal tractate of the Mishnah, the 63-volume core of the Talmud from the early third century. It also has a presence in our liturgy. Every siddur has Pirkei Avot in it.  I call it the “birth certificate” of Rabbinic Judaism.

Q: Which is the title of your opening presentation, on Friday evening. What do you mean by “birth certificate”?

Pirkei Avot didn’t create Rabbinic Judaism. But in the way a birth certificate certifies and records a birth, this is the record of and documentation of the creation of a new way of “doing Jewish,” I guess is the way to put it.  Where there’s been a kind of 90-degree rotation from the Biblical era, in which God’s word came through an oracle, through a prophet, at a place called the Temple.  And now it becomes your living room, the salon of sages.  Or, to put it another way: we meet God in the conversation between people, not in the conversation between prophet and God.

Q: You’ve titled your Shabbat morning sermon “How much Torah from Sinai?” Can you give us a preview?

RGT: It refers to the very beginning of Pirkei Avot, a statement that is usually translated as “Moses received the Torah at Sinai and passed it on to Joshua, and Joshua to the elders, etc.” But actually it’s a mistranslation. There’s no definite article before “Torah” in the Hebrew.  It says: “Moses received torah,” in which “torah” is a common noun that means instruction.   And that – not a completed canon – is what he passed on.

So here I probably want to rely on a recent book by a faculty member at the Seminary, a brilliant Bible scholar named Ben Sommer. He makes a persuasive argument that there’s really no such thing as a written Torah as opposed to the oral Torah.  It’s all oral, always was. It’s just a contingent historical fact that some people wrote it down.  So the conventional idea that there is a canon that was once given to us and now we start to interpret it is not really the right image.  It has been a process of interpretation of the encounter with God from the very beginning.

Q:  After lunch on Saturday you’ll be walking us through the questions “Who is wise, strong, rich and honorable?”

RGT: The fourth chapter of Pirkei Avot starts with a reasonably well-known set of questions: “Who is wise, who is powerful, who is rich and who is honored, or honorable?” It gives four counterintuitive or countercultural answers. Socrates said that if he was considered the wisest of all people, it was because he understood the limits of what he knew.  So it’s similar to that — that wisdom is not how much you know but how much you’re willing to learn from others.  And there are other countercultural answers for the other three qualities.  And we’ll be comparing all of this to a Biblical precedent that is now being turned on its head, which is part of what happens throughout this work.

Q: Over dessert on Saturday evening you’ll be exploring the theme “What’s mine is mine and yours is yours.’’

RGT: That comes from the fifth chapter of Pirkei Avot and this really gets us to the concept of what, in Hebrew, is called Lifnim mishurat hadin, or bringing someone inside the line of the law.  The line of the law is, in effect, my property line.  I don’t have to let someone come across it.  But if I’m a nice guy, and it doesn’t hurt me, and it helps him, I should be doing that.  So saying “What’s mine is mine and what’s yours is yours” sounds very orderly, but it actually can create great disorder in a society if it breaks down the sense of trust and the sense of extending oneself and listening to other people.

Q: On Sunday morning over brunch you are planning to explore the question of whether ethics is about “right action” or “good character.”

RGT: Pirkei Avot means “Chapters of the Fathers,” so we’ll talk a little about what “fathers” means there. It’s usually translated as “Ethics of the Fathers.”  That’s a strange translation, but it does capture something about it, which is that this is teaching us something about the good life.  But it’s not a reference to situational ethics — such as through bioethics, when we might examine whether or when to disconnect a patient from a respirator. It’s more about how does one create habits of living that make it unnecessary to make these snap judgments all the time. That one instinctively does the right thing.  And that’s really what Pirkei Avot is.

Q: Earlier this year, Rabbi Segelman informed our congregation that he planned to retire in 2020. You made a similar announcement as part of your Yom Kippur sermon at Temple Israel in 2016. What guidance and insight does Judaism provide us on retirement?

RGT: Well I think first of all Judaism does preach humility.  And humility has lots of aspects to it.  One of them is surely not to believe that you are in any way irreplaceable. We do tend to get very identified with our work. Biblical Judaism had this vision of a septennial retirement built into everyone’s life.  You know that every seventh year you would put down your work, because it was an agricultural society and you’re not working the ground in the seventh year.  A question that the Torah never addresses is, “So what are people supposed to be doing?”  And I think the obvious answer is they’re supposed to be working on themselves.  The truest self does tend to get submerged by day-to day-work, so it’s an opportunity to take many breaths and to think about other things that you might be able to do to help the world along.

Q: As you think about your own next chapter, what do you see as critical issues for Conservative Judaism over the next 10, 15, 20 years?

RGT:  I’ll only speak of one big critical issue, which is structural.  It’s almost a cliché that we are certainly in a society today in which membership and institutions do not have the same draw that they once did.  Maybe that’ll swing back, maybe it won’t.  But right now Conservative Judaism is very much hampered in its own self image, and in its image in the rest of the world, by the fact that we’re still judging things by the institutional numbers.  So these Pew reports come out and they count up the number of people who are actually associated with and pay dues to Conservative synagogues and since those numbers are down, it’s as if our sphere of influence has drastically shrunk. Then we conclude from that that there’s this horrendous, irreversible crisis.

But look at it from a different angle: so many of these independent, energetic Jewish communities out there, the vast majority of people who have created these and who are staffing them, are people who grew up in and came through our institutions.  What’s more, the ways of living Judaism that they are teaching, promoting and practicing – are largely in our image as well.  These are our products. So why should I care – and here I speak for myself – whether they’re really putting our label on them or not? In other words, I believe we have to rethink how we should define the impact and success of Conservative Judaism.  The picture is much more positive than we often allow ourselves to imagine.

Join us for Scholar-in-Residence Weekend!

For the full weekend schedule, visit the event page.
To register for events or share your support, please contact Rosie.