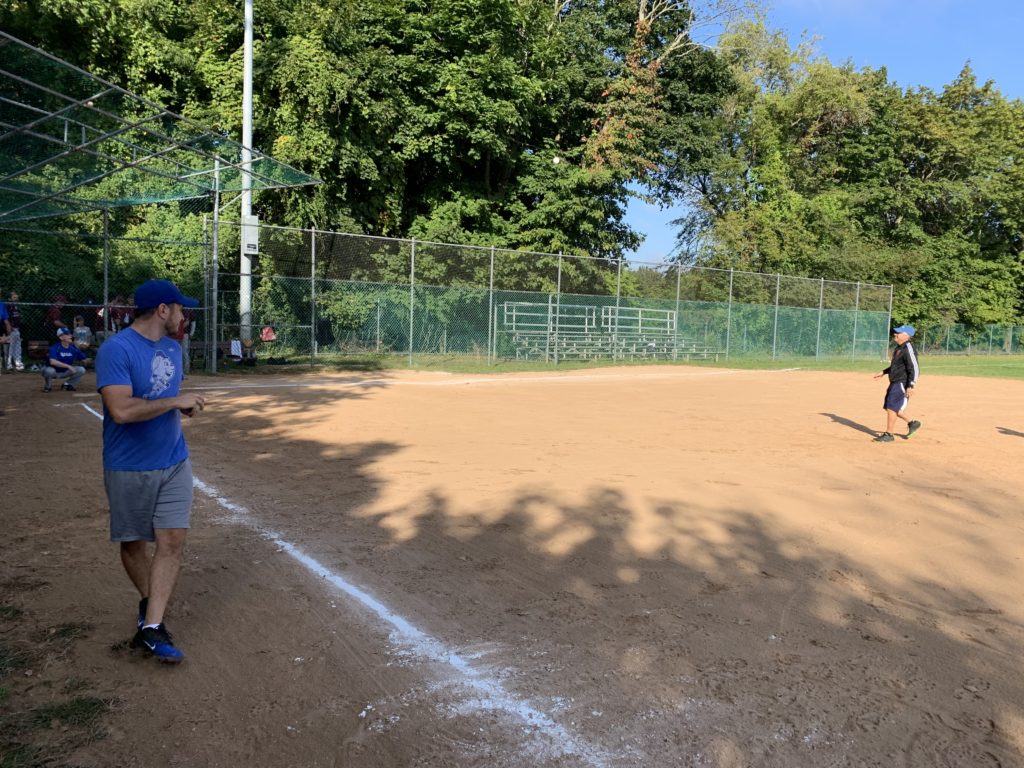 The WJC Softball Team opened the 2019 playoffs today, after finishing the regular season in second place in the Westchester Hebrew Softball League, with a won-loss record of 11-3.  Mark Jurish, the outstanding third baseman for many of our Team’s early years, honored us by throwing out the ceremonial first pitch to Art Kaplan.

After trailing for most of the game, WJC erupted for 3 runs in the 8th  inning and held on to defeat Harrison JCC, 4-3.  In quest of another League Championship, our next game is scheduled for Sunday, September 22, at 9:00am  at Gillie Field #2 in White Plains.  The opponent will be Temple Beth El of Chappaqua.